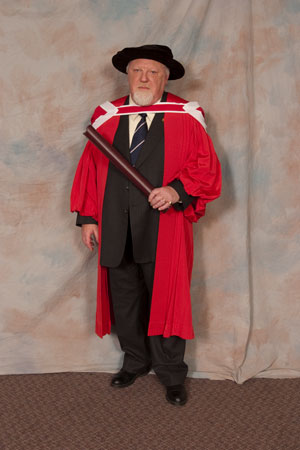 Professor Roland Le Huenen, who passed away on September 13, 2020 at the age of 75, was appointed at the rank of Assistant Professor of French in July 1968 at Victoria College, University of Toronto after defending his doctorate at the age of 23. His dissertation (Doctorat dès lettres, University of Strasbourg, France) was on the nineteenth-century French philosopher Jules Lagneau. He served as Instructor at the University of Toronto Summer School in Saint-Pierre et Miquelon, where he was born, from 1963-1970. I had the good fortune to meet Roland soon after his arrival at Victoria College, and got to know his spouse Joanna du Berger, his sons Yann and Antoine, as well as his stepson Eric, of whom he was very proud and lovingly devoted.  Over the years we co-published and co-edited a number of volumes and articles together on Honoré de Balzac and 19th century and 20th century French literature (Camus and Sartre, Nathalie Sarraute) and began publishing articles and book chapters in prestigious journals in France and North America. Roland was a very prolific and highly cited scholar of seminal works that had a major impact on nineteenth and twentieth century French scholarship. During his academic career he published numerous major books, critical editions, chapters in books, articles and he edited volumes that marked French literary studies. He was a consummate academic with intellectual and human qualities that were appreciated by all those whom he encountered. He demonstrated these qualities soon after arriving in Toronto where he fully engaged with his colleagues, graduate and undergraduate students throughout his entire academic career. Not only did his pedagogical and research reputation attract many undergraduates but he also supervised and served as external appraiser to over eighty doctoral students at the University of Toronto and Universities in France during his professorship. Yet, his engagement was not limited only to his graduate students, many of whom currently occupy professorships in Canada and Europe for he was often called upon to appraise colleagues in North America and France for tenure and promotion. His accomplishments were widely recognized by his national and international peers who invited him to serve on prestigious editorial boards, selection committees, advisory boards in Canada and Europe and also to present lectures and papers at national and international meetings and symposia, on the average of two per year over a half century. Roland was a consummate and exemplary academic with an international reputation that was confirmed very early on in his career when he was invited as Visiting Professor at the University of Montreal, Tel Aviv University, Queen’s University, Paris 7 Denis Diderot and the Sorbonne. He held the Distinguished M.E. Jones Chair of Modern Languages and Literatures, State University of New York at Buffalo for eight years with the stipulation that the chair be held by “a native of France of high scholastic attainments” that was previously occupied by André Maurois, Claude Lévi-Strauss, Michel Foucault, Louis Marin, Michel Butor, Michel Serres.

Roland, a truly gifted pedagogue, did post graduate work in philosophy at the University of Strasbourg and literary studies at the University of Caen. His training as a philosopher and literary critic which informed his undergraduate teaching, his graduate seminars and thesis supervisions as well as his own research were part and parcel of his interaction with otherness from the beginning to the end of his illustrious career. This remarkable combination of philosophical rigour and literary sensitivity constituted what Buffon naturist, scientist, eighteenth century philosopher and the king’s gardener stated in his “Discourse on Style” when elected to the Académie française “The Style is the Man”. Yet, when Buffon pronounced these renowned words he was not speaking about fashion but in the way of expressing one’s thoughts, emotions sentiments in writing. We need only to consider the Latin etymology of style, stilus, a writing instrument. Philosophy provided Roland Le Huenen with a knowledge and practice of the Socratic Dialogue whereby he engaged his interlocutors or readers to discover their self and others and also where he encouraged through dialogue to explore differences and discover more about oneself and others. In conversation he always paid special attention to his counterparts and respected their point of view. It is not surprising that his long academic career that began with the study of literary genres progressively deviated towards travel literature which, as Barthes suggested, is at one and the same time a physical, spiritual and moral displacement but also a going toward and reaching out to those encountered, engaging them not only to experience new horizons and new ways to think the world but also to better discover themselves and others. Roland’s generosity, sensitivity, intellectual curiosity and genuine interest in others will be sorely missed by all us who were fortunate to know him.