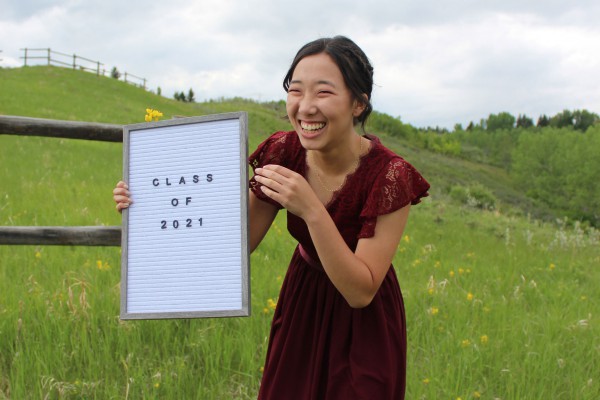 Jubee Kim is a proud Calgarian who has just entered her first year at Victoria College. Kim was awarded The Helen Margaret (McConkey) Thomson Scholarship which is awarded to a newly admitted student from Alberta who holds the highest average of all admitted students from that province. “This award has made a huge impact on my post-secondary life. Tuition and books are so expensive, not to mention the cost of living in Toronto. This award lessens the financial pressure I was under. The award also motivates me to work harder and to be a good representative of Vic.”

Although only in her first year, Kim has her sights on pursuing a major in physiology and immunology with a minor in psychology. Ultimately she would like to become a paediatric dentist so that she can give back to the community and work with children. Until that time, though, Kim plans on enjoying her time at Vic. “I’m a commuter student but I don’t feel left out at all. Everyone is so welcoming and I can’t wait to look for opportunities to get involved. There is also a good deal of support at Vic including the registrar’s office, the dean’s office and the commuter dons.”

Kim also says, “Margaret (McConkey) Thomson was an amazing female and role model. I was honoured to even be considered for this award. It really does allow me to focus on my studies and pursue my co-curricular interests.” When she is not busy with her studies, Kim enjoys hiking and swimming. She also plays cello and piano.