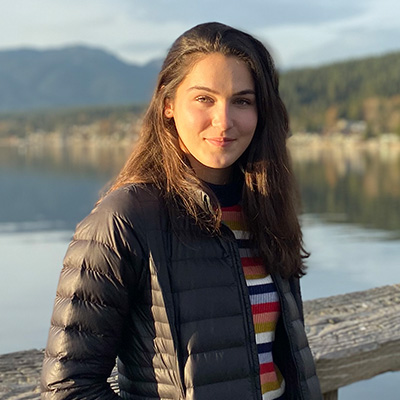 Laura Ashwood is a fourth-year student majoring in literature and critical theory, with minors in English and philosophy. After completing and loving the Vic One Frye stream, she decided to continue her studies in literature in Vic’s academically rigorous community. An athlete in her extracurricular time, she rows for the Varsity Blues as a lightweight woman, and works as the sports editor for U of T’s largest student publication, The Varsity. She has also worked as a violin teacher and as a family housing supervisor and program co-ordinator for U of T. Exceptionally well rounded, Ashwood has been awarded The Eva Kushner Scholarship for academic excellence and her pursuit of literary studies. “I am very grateful for this award,” says Ashwood. “I am saving for graduate school next year and these funds will help me explore out-of-country options to pursue an M.A. in English or comparative literature. This scholarship allows me to continue my education and to keep studying what I love.” 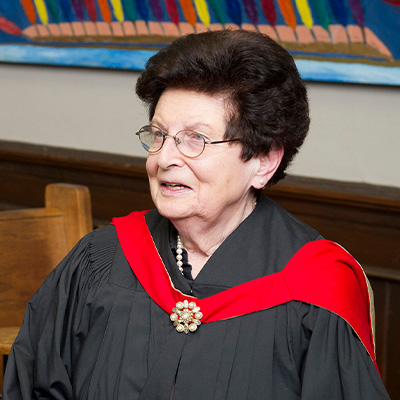 It is no small task to summarize the legacy of Eva Kushner, O.C., Victoria University’s president from 1987 to 1994. In addition to being the first woman to serve as president of an Ontario university, Kushner is a former director of The Northrop Frye Centre, a former professor of French literature, past member of the Canada Council Advisory Academic Panel and Executive Committee, past chair of the Royal Society of Canada Committee on Freedom of Scholarship and Science, and an Officer of the Royal Order of Canada. With such a storied career it is only fitting that The Eva Kushner Scholarship leave an equally indelible mark. Founded by Kushner in 2014, the scholarship is awarded to Victoria College students who have achieved an overall A standing. As an accomplished author in her own right, Kushner wrote numerous scholarly articles and publications, with a particular focus on the critical analysis of Quebec poets, and her scholarship gives special preference to students pursuing degrees in literary studies.