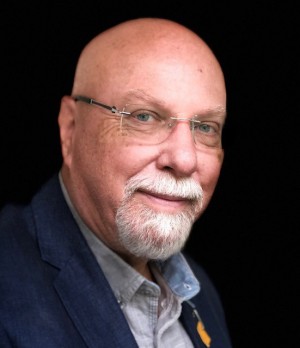 Congratulations to the Rev. Dr. James (Jamie) V. Scott, OC, BA, MDiv, DD, Emm 7T6 was named by the Emmanuel College Alumni/ae Association (ECAA) a 2020 Service Award winner for advocating for reform of Canada's criminal justice system through collaborative and restorative justice, as well as for his role in the truth and reconciliation process with Indigenous peoples in Canada.

After graduating from Victoria University and Emmanuel College, Jamie was ordained by The United Church of Canada in 1976. He served congregations in Saskatchewan until 1980. Subsequently, he devoted his ministry to social justice, peacemaking and conflict resolution.

In 1982, Jamie was the organizer for 1200 Montreal citizens who attended the international march for peace at the UN Second Special Session on Disarmament in New York City. Later that year, he organized a rally of over 20,000 in Ottawa to “Refuse the Cruise” missile testing in Canada. He was contracted by the Canadian Council for International Cooperation (CCIC) in 1983-4 to recruit and equip citizens across the country to raise peace and development issues with candidates during the 1984 federal election.

From 1985-7, as special project director of the Coalition Against the Return of the Death Penalty, Jamie coordinated the national campaign to prevent the return of capital punishment to Canada. From 1987-96, as Project Director at the Church Council on Justice and Corrections (CCJC), he developed educational resources on community alternatives to incarceration, family violence and restorative justice. In 1997, he organized the first national Symposium on Restorative Justice in Vancouver. In 1999, with the staff of CCJC, he received the first Ron Wiebe Award from Correctional Service Canada recognizing leadership in restorative justice.

Jamie was the founding Coordinator of the Collaborative Justice Project at the Ottawa Courthouse from 1998-2003, which provided restorative options in pre-sentence cases of serious crime. Since 1997, he has been a facilitator of post-sentence engagement between family members of homicide victims and offenders, and a trainer and mentor for Correctional Service Canada’s Restorative Opportunities program.

From 2003-15, Jamie served The United Church of Canada as the General Council Officer for Residential Schools providing national leadership as the Church addressed the legacy of the Indian residential school system and strove to live out its Apologies of 1986 and 1998. He represented the Church in negotiations for the historic Indian Residential School Settlement Agreement in 2006 and in the implementation of the Truth and Reconciliation Commission of Canada (2008-2015).

Jamie currently serves as a Keeper of the Vision (Board member) of the Sandy-Saulteaux Spiritual Centre.

Jamie was honoured with Doctor of Divinity degrees from United Theological College (2017) and the Vancouver School of Theology (2018), recognizing his “…profound commitment to Indigenous concerns and his work with the Church in preparation for, and response to, the Truth and Reconciliation Commission”. In 2019, he was appointed an Officer of the Order of Canada “[F]or his leadership in advancing reconciliation with Indigenous peoples in Canada and for his advocacy of restorative justice”.

EC Connects recently interviewed Jamie about his studies at Emmanuel and his current work as a Keeper of the Vision (Board member) of the Sandy-Saulteaux Spiritual Centre.

EC Connects: What stands out in your recollections of studying at Emmanuel?

Jamie: My father, Rev. John Scott, graduated from Emmanuel College in 1966 and ministered to the poor and marginalized at the Fred Victor Mission until his death in 1970. When I responded to my own call to ministry and entered Emmanuel College in 1973, I was very aware of his spirit in those hallowed halls. We had some of the same professors.

Eminent teachers such as Professors Fennell, Grant, Kelly, Boyce, Guthrie, Demson and Guenther prepared me for traditional pastoral ministry. I still have papers and notes from their courses. Yet it was guest professor Dr. Cliff Elliott’s class on exploring spiritually through the arts that stands out, as it broadened my sense of how spirituality and ministry could be experienced and lived out in unconventional ways. This grounded my social justice ministry.

Emmanuel also provided meaningful relationships in the community of ministry that I still treasure.

EC Connects: Can you tell us a little bit more about your work as a Keeper of the Vision (Board member) of the Sandy-Saulteaux Spiritual Centre?

Jamie: Over the past 30 years, I have found my Christian faith enriched and expanded by exposure to Indigenous spiritual traditions and wisdom. Central to that wisdom is the interdependence and relatedness of all creation, the holistic nature of spiritual practice and respect for other spiritual paths.

I am honoured to be a Keeper of the Vision for the Sandy-Saulteaux Spiritual Centre which provides culturally specific theological education and preparation for lay and ordered ministry that respects both Christian beliefs and traditional Indigenous spirituality and values. As a Keeper, I have an opportunity both to continue my own decolonization as a member of the dominant culture and also to support the continued emergence of Indigenous voice, ministry and leadership from the wilderness of colonialism.