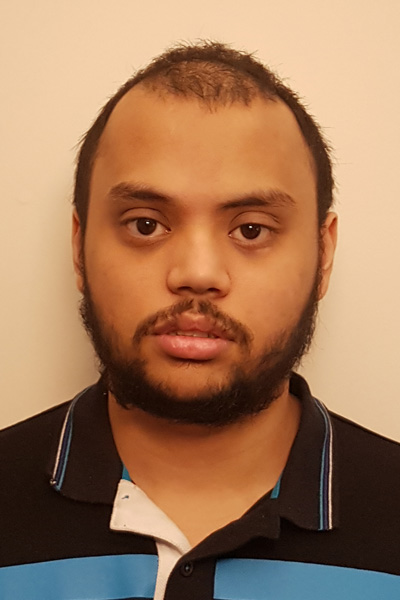 Victoria College alumnus Saminul Haque has been awarded a 2020 Governor General’s Award. The Silver Medal is awarded annually to the undergraduate who achieves the highest academic standing upon graduation from a bachelor degree program. Haque was surprised to win as he didn’t even know the award existed, let alone that he’d been nominated by Victoria’s Office of the Registrar. His surprise is unfounded however, given his 4.0 GPA and achieving a final grade of 100 per cent in nearly half of his undergrad courses. According to Haque, after a certain point in his studies he became “less interested in high grades than doing my work well and getting results in research. I told my family. They were happy for me.”

Math has always come easy to Haque. So much so that his intent was to study just that, full time. “In high school I did a lot of math contests and did fairly well in some,” he says. “I was in math club and computer science club, too, but I spent most of my time during and after school at robotics club. Academics always just seemed a really good fit for me.”

Haque knew he wanted to go to the University of Toronto for his undergraduate studies, and when it came time to choose a college, targeted Victoria as his first choice thanks to its reputation. Although he didn’t spend a lot time at Vic since he was commuting from Mississauga, he garnered some nice memories and lasting friendships. The standout is the Vic One program. “It was my favourite experience at Vic. The professors and content were really interesting. I liked the class sizes. We were a good study group. I met nice people. I’m still in touch with some of them.”

His undergraduate career started with him wanting to become a professor in math, but he eventually switched his focus to computer science. “I was more drawn to the applicability of computer science, and in particular, artificial intelligence. The problems seemed more relevant to humans in real life. The classes were more interesting to me.”

One of the standout mentors for Haque was Professor Grosse with whom he eventually published a paper. “He was very kind to take me on at the Vector Institute. I had two classes with him, and during the second, I approached him to do research. It involved computer vision models that were less susceptible to certain types of attacks than some other object-recognition algorithms. We came up with a different procedure, adapting an older performance-analysis idea to the vision task. At the time, we beat other state-of-the-art work being done to combat the corrupted image problem.” When asked how his work could be used, he was eager to express that “the ideal (and motivation) would be that it’s used for object recognition in self-driving cars, for example.”

When the pandemic hit in March, Haque wasn’t overly affected. He was done most of his course work and waiting to graduate. He has an internship at a financial institution over the summer while he waits to jump straight into his PhD at Stanford. This fall he will study computer science with a focus on machine learning. “It’s fascinating. Trying to model the human brain is exciting to me. Machines still don’t really know how to think or be creative. I want to better understand how we do it, and to translate that into artificial intelligences.”

Ultimately Haque is determined to become a professor at a top-tier university and continue his research. There is little doubt he will succeed.