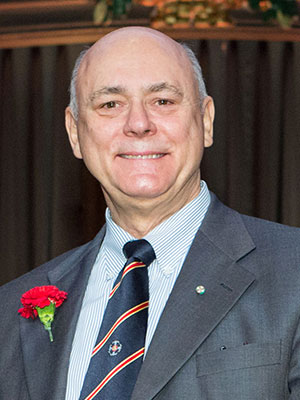 Konrad Eisenbichler, Victoria College fellow emeritus and professor emeritus in the department of Italian studies in the Faculty of Arts & Science, has recently been named to the Order of Canada for his “acclaimed interdisciplinary study of sexuality, gender, history, religion and literature in the Italian Renaissance era.” Eisenbichler is a prize-winning scholar of international reputation, and celebrated author, editor and translator of more than 30 books and 70 peer-reviewed articles.

Cross-appointed to the Renaissance Studies Program at Victoria College and a leading member of the Centre for Renaissance and Reformation Studies (CRRS), Eisenbichler taught undergraduate courses focused on early modern Italian literature, on early modern media in Europe and on European ideas and attitudes towards sex and gender in the fifteenth and sixteenth centuries. At the graduate level, his courses focused on Italian theatre and Florentine literature/culture in the Renaissance.

In 2010, Eisenbichler was knighted by the president of Italy at the rank of Commendatore (Knight Commander) in the Order of Merit of the Republic of Italy for his contribution to scholarship on Italian history, literature, and culture. In 2014, Eisenbichler received his second knighthood when he was inducted into the “Cavalieri di San Marco” (Knights of St. Mark) for his contribution to scholarship on Venetian culture, history and literature.

“I join so many voices at Victoria College in congratulating Konrad on receiving one of Canada's greatest honours," says Dr. Rhonda McEwen, president and vice-chancellor of Victoria University in the University of Toronto. "I have long been a fan of his interdisciplinary approach to renaissance studies that intersect with my interests in media and communication. Bravo, Konrad."